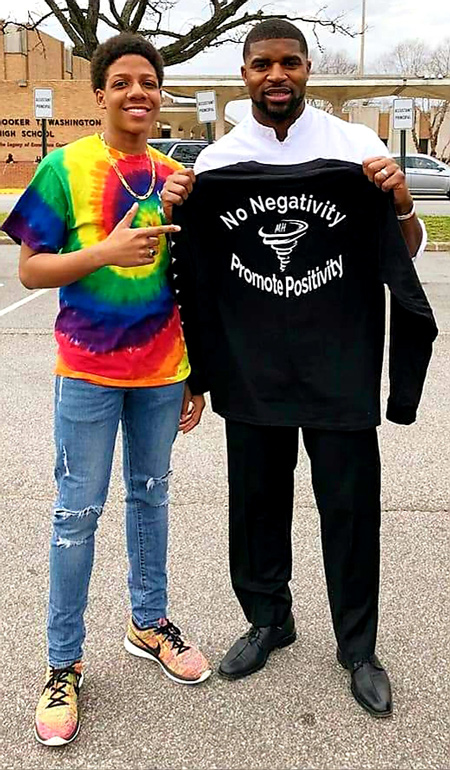 Sometimes our customers share back stories about why they are designing a shirt. We love to hear them and are continually amazed, moved, and inspired by some of the motivation behind a custom t-shirt design. In the case of Malique Hawkins, we had not heard his story but could sense there was a whole lot of awesomeness to reveal if we asked the right questions. We reached out to him to learn how he was using his t-shirt designs and learned that this young entrepreneur is not only using his t-shirt for business, but to help promote a really positive message. Here’s the entire scoop of what we learned from this truly impressive young man.

What were you involved with that inspired you to create The Movement Clothing?

Although I’m only 16, I have been public speaking for eleven years; I was 7 years old when my public speaking journey began. I speak on topics regarding social injustice and how to overcome it. The Movement Clothing falls perfectly in line with the message of combatting the negative forces we face while bringing awareness to issues plaguing our communities. 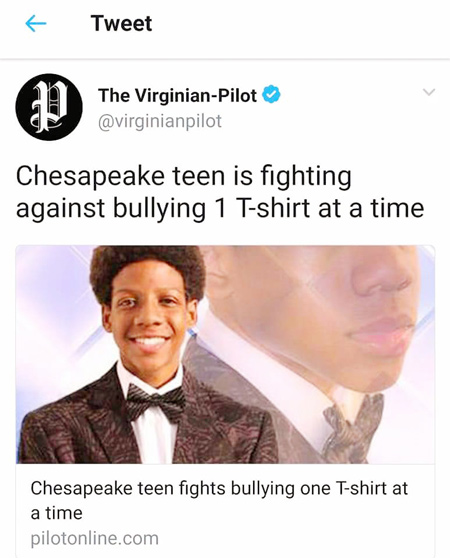 What problem did you see that needed to be addressed?

The main problems I saw were the four (4) areas that I focus on in my business: bullying, suicide, racism, and violence. When we come together to promote positivity, regardless of race, gender, age, or religion, we can do something about these issues and hopefully make a change.

Is there anything you feel is unique about your approach to addressing these issues?

I think the most unique thing about my business is the fact that it’s a clothing line that promotes positivity and unity in our negative world. We often see people speak about various issues and/or write about them, but this is different. By creating a clothing line with apparel that is aesthetically pleasing while also spreading the message of positivity, the idea of “No Negativity, Promote Positivity”, becomes a lifestyle for those who wear the clothing. Not only do they know they’re wearing the shirt for a good cause, but they actually want to wear the shirt simply for style purposes. 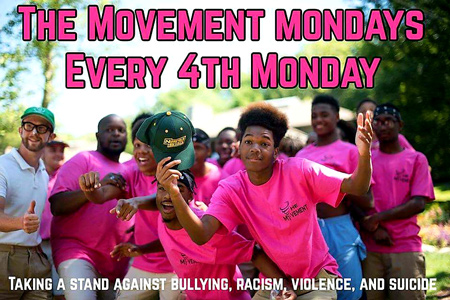 What are some of the biggest hurdles you’ve faced creating momentum for The Movement?

The biggest hurdle I have faced has simply been getting people to jump on board and support The Movement. People put their money in a lot of different places, so I have had to work hard to get people to recognize my vision and support it. I often hear people say, “I don’t need another t-shirt!” My response to this, “It’s not just another t-shirt; it’s a Movement!” I also believe people think I’m just doing this for the money, which prevents them from purchasing a shirt. In reality, however, I do this because I love it and awareness needs to be brought to the issues of bullying, suicide, racism, and violence.

Who has inspired you on your journey?

I have been inspired by the many people who have lost their lives to suicide, racism, bullying, and violence in the Hampton Roads area (Virginia) and across the world. Their stories prove there is still a lot of work to do. Therefore, I have to do my part and keep promoting positivity in a world that desperately needs it.

What’s the best advice you could give someone looking to make positive changes in their community?

The best piece of advice I could give someone looking to make positive changes in their community is to just do it. This may seem cliché and even sound like I’m making it simpler than it really is, but I’m not. I decided I wanted to make t-shirts to promote positivity. After finding the money, doing some market research, and coming up with my logo, I placed my first order approximately one week after coming up with the idea. Now, I can honestly say I am a successful entrepreneur. The biggest key is just taking the first step. 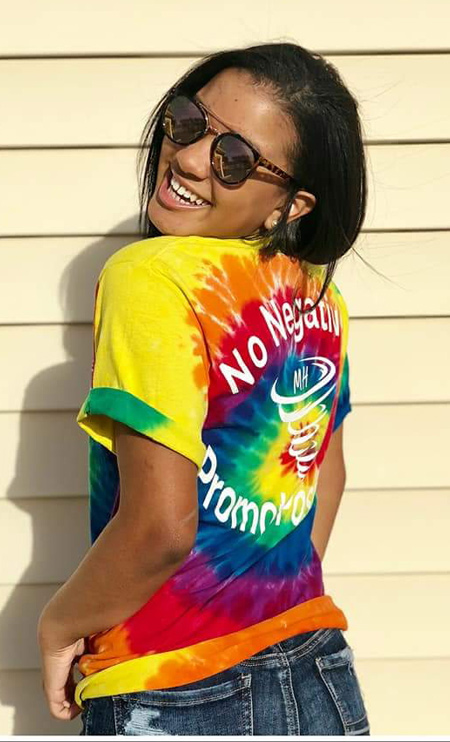 How did you come up with design for your t-shirts?

I chose a tornado for The Movement Clothing’s logo. When I think about a tornado, the first thing that comes to mind is how powerful it is. I knew this would be the perfect logo for my clothing line. When we all come together and promote positivity and unity in our negative world, we can make a dramatic change and make things move like a tornado does. The rest of the shirts’ design came with me trying different styles until I found the one I thought looked the best. 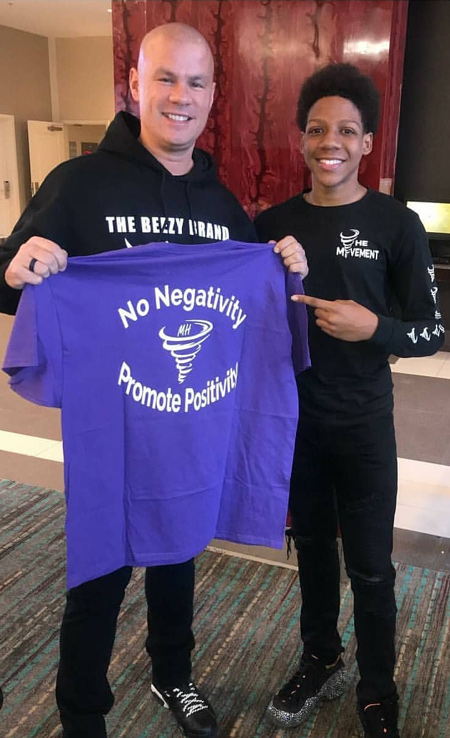 What role do custom t-shirts have in furthering positivity?

My shirts and visors can play a big role in furthering positivity because it is a mobile billboard for the cause. Someone seeing the message, “No Negativity, Promote Positivity”, on the back of my shirts or on the front of my visors can be encouraged to promote positivity themselves. It could also be a simple reminder to do the right thing versus going through with something bad they were planning to do that day. 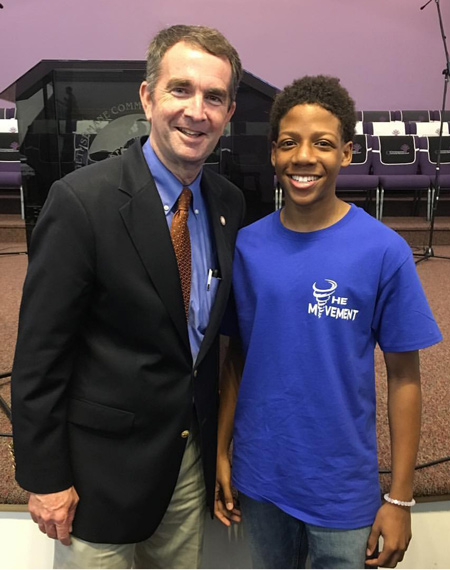 What are your plans for the future?

In the future, I plan to continue to bring awareness to these issues through speaking engagements, participating in events, and working to expand The Movement Clothing to a national business. Right now, The Movement is in 26 states, which means we have a little less than half of the nation to go. I plan to reach much bigger audiences and get more exposure so I can spread the message of “No Negativity, Promote Positivity” to people everywhere. When this happens, we can all take a stand collectively against bullying, suicide, racism, and violence. 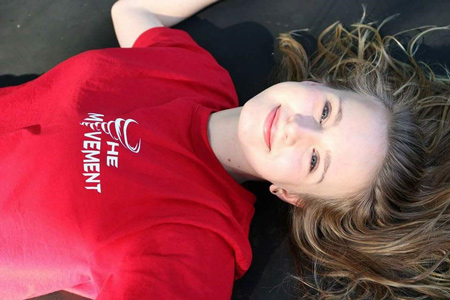 What is the going rate for a Movement shirt or visor? 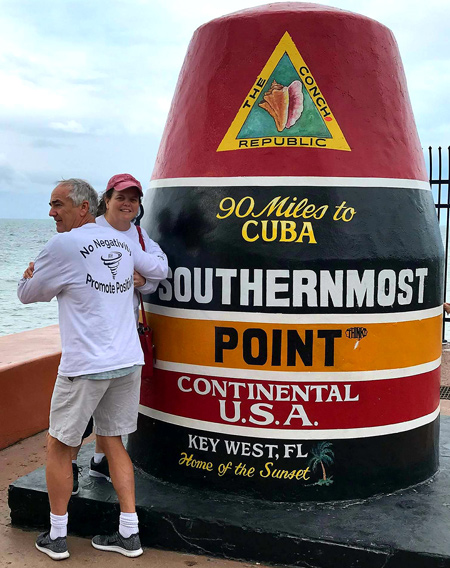 Where can people find you and The Movement?

t-shirt designst-shirts
By Melissa KennedyJune 14, 2018Customer CareLeave a Comment on Banishing Negativity and Encouraging Positivity – The Birth of a Clothing Line