Land’s End is a highly respected clothing retailer that is known for providing its well-heeled and aristocratic following with very conservative fashions. In a bid to diversify its marketing channels, New York publisher Condé Nast struck a deal with Land’s End to provide its customers with gift samplings of fashion-minded magazines such as Vogue and Self. Included in Condé Nast’s repertoire is GQ magazine which specifically targets men’s interests including “sexy women.” 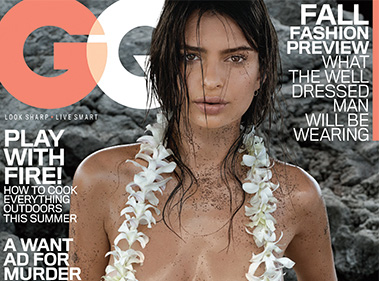 The backlash from Land’s End customers was immense leading to a public apology from Edgar Huber, Chief Executive Officer at Land’s End. From the consumer standpoint, even the apology was an epic fail as the incident was spun as having been part of an effort to appeal to Land’s End male customers. This angle incensed female customers even further leading to outright shaming in the public commentary.

Land’s End had previously been owned by the historically conservative, apple pie-esque Sears Holding Corporation. In April of 2014, the retailer became a publically traded company. In May of 2014, Land’s End announced Steven Rado as its new Chief Marketing Officer. Perhaps his prior history as the President of Marketing at Victoria’s Secret Direct led to a miscalculation on how the mingling of GQ and Land’s End client base would go over.

Anton Uniforms is the sister company of DesignAShirt.com and has been providing school uniforms since 2011. Running in the same operational space is Anton Sports offering promotional products. Understanding what is important to the consumer is a key component to successfully operating three different businesses under the same roof. DesignAShirt.com’s clients are very different from the clients of Anton Uniforms. All have different expectations. Operating in the apparel industry since 1985, what, if anything can be the moral of this advertising debacle? Free is not always good and gifts are not always well received.