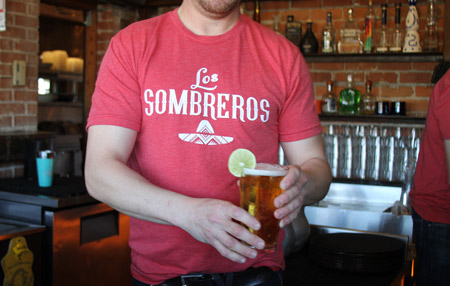 Have your ever been in a crowd and noticed someone with a t-shirt that has a seemingly random phrase or symbol printed on it but it means something to you? A phrase like “Bush Life” will probably not mean anything to your average Joe on the street but if you’re a fan of the video game Fortnight, you’ll recognize it. It might make you laugh and want to catch the wearer’s eye, or it might even start a conversation between two fans of the game. That’s the allure of wearing custom t-shirts.

T-shirts can open doors and becomes a source of introductions, recognition of commonalities, and can even be the gateway to new business partnerships. The person wearing the Fortnight t-shirt while showing off his exuberance for the game has also become an unknowing promotor of the game. Even if someone doesn’t recognize the reference, it still might be the catalyst for someone to ask the question, “What is bush life?” And it’s all done for free.

Word-of-mouth advertising is known to be one of the most powerful and persuasive forms of advertising. People who know people that support a brand or idea are far more susceptible to influence than if the advertiser approached that person of their own accord.

Whether you have a start-up business or have well established business, promoting your business with t-shirts is one of the lowest costs investments per unit when it comes to advertising. As a source of advertising, a t-shirt will outlive many comparable forms of promotion that require an ongoing monthly budget. That form of advertising simply goes away once you quit paying.

The longevity of a t-shirt for business promotion lasts as long as the life of the shirt, which could be many years if you choose to print on a high quality t-shirt product like Next Level, Hanes, or Bella+Canvas. The quality of the print will also determine how long the t-shirt is worn. There is no reason other than unreliable printing that would reduce the life of the t-shirt. Plastisol ink prints should last the life of the shirt and is the most common form of screen printing on t-shirts.

T-shirts can even be the source of an economic boom. Take for example the story of the smiley face tee. Sure we love the idea of Forrest Gump being the unwitting creator of the t-shirt design from the scene in the movie of the same name.

But the actual source was a graphic designer contracted to come up with a design that would boost the morale for the employees of a languishing insurance company in the 1960’s. That smiley face design has made millions for a company called, of course, The Smiley Company.

While the story of the Smiley Company is a particularly successful one, you can apply some of the principles that led to its success to your own company. Whether you’re big or small, you can start using t-shirts for promotions by giving them away. That’s right, Give. Them. Away. The insurance company that first commissioned the design gave them to their employees. They proved so popular they ordered more in the thousands.

That led to recognition of the company to this day and paved the way to ageless fandom where we still see people wearing the tees, even as an ironic or vintage statement. The band Nirvana has a famous tee that could be called an ironic tribute to the original tee with a punk edge. 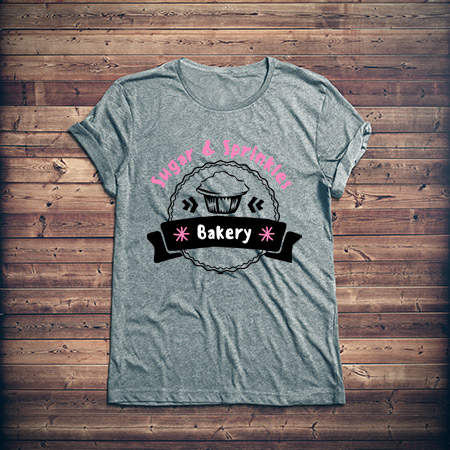 Free tees are always an acceptable gift for employees and customers. And unlike a gift card or edibles, will have a lasting impression. Every time the recipient of the tee comes across it in their closet or drawers, it’s a mental trigger to remember your brand.

The ways you can design a t-shirt are endless. For brand engagement and recognition though, you need a slogan, a joke, or even a hashtag to call your very own. Your brand’s identity should be conveyed through your t-shirt design.

One excellent example of a business t-shirt design that catches the eyes and imagination of people who see it are the designs featured by the restaurant Oregano’s. They use powerful and funny slogans that borrow from pop-culture and trendy movements. Examples like “Legalize Marinara,” and “Practice Safe Sauce” are not only memorable but they convey the light- hearted and vivacious atmosphere you’re likely to experience at one of their Italian restaurant “joints.” These designs succeed at conveying an image of the brand.

Even if you have a new business and don’t have the kind of branding bigger companies have, you can partake in cross promotion with event promoters looking for sponsorships. In fact, your logo inclusion on a t-shirt as an event sponsor is typically one of the cheapest entry points of sponsorship.

If you have the type of business that lends itself well to manning a booth at one of these events, having your own branded t-shirts on-hand as a giveaway is great way to keep the spirit of your interaction going after the event is over. This works particularly well if your branded identity coincides with the content of the festival or event.

If you have a big following on Instagram or Facebook, this is a perfect opportunity to offer giveaways to build a feeling of exclusivity. Having the t-shirt of a business that has a cult following will be point of pride for recipient and they’ll be far more likely to wear it frequently as it cultivates the sense of distinction amongst their peers. The exclusive factor could even turn into a source of revenue if you offer free giveaways and people who want them are not chosen as the winner of the giveaway. They could contact you and offer to buy the tee instead.

Custom business t-shirts offer up a way for you to communicate well beyond the limitations of traditional advertising. It is a source of promotion that lasts longer than other forms and gives people a tangible object to remember you by. Interested in getting started on your own word-of-mouth advertising? Check out our pricing in the link above or talk to one of our customer delight representatives to get things in motion with the chat button below!

t-shirt designst-shirts
By Melissa KennedyJuly 19, 2018Customer CareLeave a Comment on The Allure of Wearing Custom T-shirts