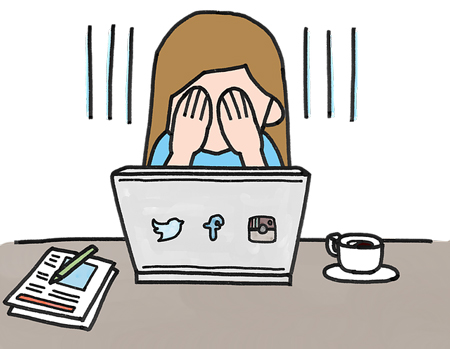 We’ve seen all kinds of t-shirt designs come in from our t-shirt printing website over the years. A lot of messages and images make no sense to us but we assume they are somehow meaningful to our customer. So we print them with care and mail them off assuming they are going to fulfill some objective whether it be a gift, supportive of a team environment, or fulfilling a branding goal for a business.

On the flip side, there are also plenty of stories that result from a t-shirt controversy. It’s fairly easy to start a debate these days especially with social media and t-shirts being the vehicle of expressing opinions. While there are a lot of controversial topics we could cover, we narrowed it down to a few for this recap of the 6 biggest t-shirt blunders of 2017.

A store on London’s High Street called Primark made the spotlight in a notorious way by featuring a line of t-shirts using quotes from the teen cult movie, “Mean Girls.” Phrases like “You can’t sit with us.” The store is located in a high traffic and highly fashionable area. The woman that started the firestorm, Dawn Thomson, is a therapist and mother of two young girls. She lambasted the company stating that it’s “irresponsible” to feature t-shirts with this kind of messaging without considering people that already feel detached and lonely. After garnering the attention of the company and lots of others on social media, the store responded saying there was no harm intended and it’s simply using licensed quotes as reference to popular culture.

Teespring sees its fair share of blundering in the spotlight. Primarily because they don’t make the designs that are featured on their website, their users do. However a better screening process would help matters so t-shirts featuring the slogan, “eat, sleep, rape, repeat” don’t become a nightmare focus on their website. The campaign featuring this design was called out by Metro.co.uk columnist Miranda Larbi. Certainly we don’t assume anyone at Teespring knowingly approved this or had anything to do with it, but it took several attempts to get their attention to see how truly disturbing and wrong it was. Their first response was a blanket statement apologizing for any offense but as long as it doesn’t violate their policies, they don’t take down campaigns. Apparently after that was sent to the reporter, someone a little higher up was alerted and another response was sent out basically acknowledging the campaign did not follow their policies which do not support violence of any kind. Thank goodness somebody took a closer look.

A very ill thought out campaign from KA Design clothing company mushroomed into a horror story earlier this year as they tried to rehabilitate the hated symbol of the Nazi’s, the swastika, on t-shirts. Perhaps they thought that enough time had passed and it was an opportunity to reclaim the symbol in its ancient form. Originally the swastika was a symbol used in Hinduism, Buddhism, and Jainism as an icon for well-being, good luck, and abundance. Somehow the Nazi party decided it was a symbol for racial purity and ruined it for the rest of the world forever. Apparently KA Design didn’t get this and tried to give the swastika another chance branded as its original meaning. Somehow the rainbow connection was supposed to wash all the negativity away. It did not work and fortunately the campaign and the design were taken down. Some symbols can never be recovered once associated with atrocities against humanity.

Kendall and Kylie Jenner are famous for being famous and are using their super powers to build their bank accounts. However earlier this year, they took it several steps too far when foolishly superimposing images of themselves over truly famous rap and rock icons and selling the images on t-shirts for $125.. Maybe they thought they were doing these icons a favor by making them culturally relevant again? The artists and the artists families strongly disagreed and they we’re called out by the legends they tried to profit from. Notorious Big’s mother, Sharon Osbourne, Kelly Osbourne, Paris Jackson, James Hetfield, and the Doors, (via their lawyer) all made statements concerning how disrespectful the concept was. The girls quickly removed the posts featuring the stolen pictures.

Zazzle also features a marketplace where users can generate their own campaigns and sell their designs through the site. Late this summer they got some not very pleasant publicity when some users noticed slogans for black women empowerment being modeled on white women. When a user creates a design on the site, they are presented with a choice of models to use to feature their t-shirt design. It may be that there are no black models to choose from or that the person creating the design didn’t think it was relevant to marketing their idea. While nothing about the campaign goes against their policies, it would be useful if they could either provide racially relevant models or suggest to their users they would see more success if they used a model that complemented the messaging of their design.

The last on our list has to do with being wary when you see a celebrity wearing a t-shirt promoting a cause. Especially when the links on the website don’t have anything to do with the cause or have any explanation concerning where the funds go. Angela Soriano, a reporter for Chicagonow noticed something funny when she was targeted in a Facebook ad for the March for Science this last April. The ad featured Tom Hanks. With an endorsement coming from a man like that, it would seem to be legitimate. But this reporter took a closer look and noticed something funny. The image looked a little wonky and after researching the links, she discovered that the logo on the t-shirt was not official, nor was it linking to an official website. Instead it linked to a SunFrog site, yet another one of those build your own t-shirt store sites that allows random people to generate designs that are then printed by the hosting company. The photo of Tom Hanks wearing the design had been Photoshopped. We’re pretty sure being part of a newspaper article on phoniness was not the goal of the seller. When buying t-shirts to promote a cause, be sure to look for any information regarding where the proceeds go. If there isn’t one, you’re supporting someone, but probably not the cause you feel strongly about.

t-shirt designst-shirts
By Melissa KennedyOctober 31, 2017RantLeave a Comment on The 6 biggest t-shirt blunders of 2017