Clothing has historically been a way to define status, gender, and align beliefs. In general, we use clothing as a means of identity.

Trends in clothing define social progression in many forms. A person’s manner of dress can reveal their attitudes towards society, moral proclivity, wealth, and political affiliations. Through generations, we see fashions that were once viewed as socially unacceptable or even as underwear have become common and even conventional in professional situations.

The T-Shirt is one such trend that has evolved in cultural perceptions.  It was once simply the result of a modification to the one piece undergarment called the “union suit.” Adopted by miners to cover their skin in hot and dirty environments, it was later popularized by the U.S. Navy as a garment that would protect uniforms.

The humble t-shirt made its Hollywood debut on the magnificent torso of a young Marlon Brando in A Streetcar Named Desire. Since then, the t-shirt has matured into a fashion statement acceptable at all levels from haute couture designers to the boardrooms of startup companies in Silicon Valley.

Belgian designer, Maison Martin Margiela offers a plain cotton, short sleeve t-shirt without embellishments that will put you back almost $300. The Hérmes Croc T-shirt will set you back $91,500 but at least that one is made of crocodile leather.

Extravagant fashion statements aside, the t-shirt has never been more popular or accepted even in the work place. Generation Y will soon make up the biggest segment of the U.S. workforce and this generation demands flexibility in the dress code.

Many technology companies advertise a casual dress code as one of the perks of working for them. Google founders, Larry Page and Sergey Brin are seen sporting t-shirts more often than not even at public speaking engagements.   The t-shirt has become the expectation not the exception in the hi-tech corridors of America.

Screen and digital printing provides an additional avenue to personalize the t-shirt experience. It is a means of expression that can be employed by persons of any social or economic standing. People often use messages or images to cause emotional reactions, or as a means of claiming membership to a certain group, organization or idea. 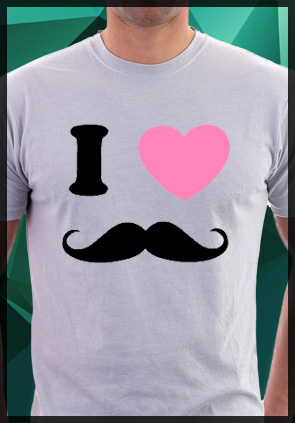 No longer does the garment proclaim the wealth or status of the wearer as it did throughout history. Today you can find a fast food worker in a Gucci t-shirt and a well-known celebrity sporting the very latest trend, their own ironic selfie picture.