Last week UK’s The Mail on Sunday broke a disturbing story concerning a recent campaign championed by The Fawcett Society to raise awareness for women’s rights. Elle Magazine in conjunction with the Fawcett Society was recruiting prominent UK politicians to wear t-shirts with the slogan “This is what a Feminist looks like” printed on the chest.  The fallout began when Mail on Sunday reporter Ben Ellery toured the company manufacturing the t-shirts in North Mauritius, a small republic in the Indian Ocean. His report of women working in sweat shop conditions raised a fire storm of criticism and shock causing many stores to pull the shirts from the racks.

Although The Fawcett Society stands behind their claim that the t-shirts were made under ethical conditions the controversy put a hot spotlight on the question of ethical standards in the garment industry.

Major brands have faced significant criticism when investigators peak behind the curtain. Take the infamous revelation by Charles Kernaghan, Executive Director of the Institute for Global Labour and Human Rights, (formerly known as the National Labor Committee) that Kathie Lee Gifford’s clothing line for Wal-Mart was being made by 12 and 13-year-olds in Honduras. For many well-known companies, the public outrage was a wake-up call and the notion of not being responsible for sub-contractors ethics was an unacceptable stance. 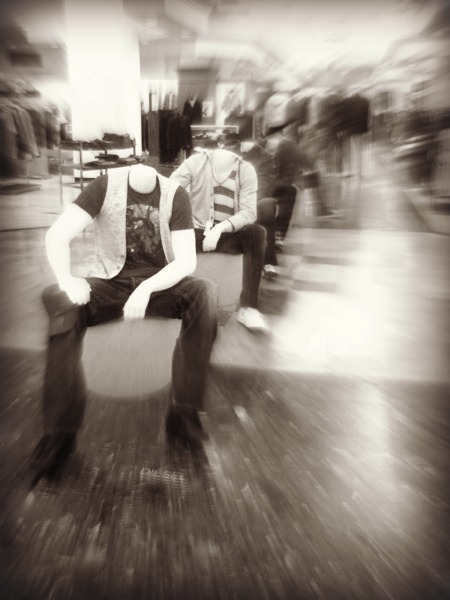 A continuing challenge supplier’s face is not being in complete control of their manufacturing environment. Even if they have the best intentions for social responsibility, if the bulk of their products are produced by offshore contractors, it’s difficult to enforce U.S. style ethics in countries where the government functions in chaos.

Hanes is one supplier that has faced that challenge head-on by producing 80% of their total unit volume in facilities they own or with contractors that are 100% dedicated to the Hanes brand. They also have zero tolerance with factories that transgress with child labor, sexual or physical assault and auditor bribery. Hanesforgood.com states on their website that they have disapproved 20 factories in the last 18 months for failing to uphold the standards set forth in their Global Code of Conduct, Global Standards for Suppliers, and the Fair Labor Association code of conduct.

clothing industry
By Melissa KennedyNovember 11, 2014What's Hot Now!Leave a Comment on Just How Much Does a Cheap T-Shirt Cost?